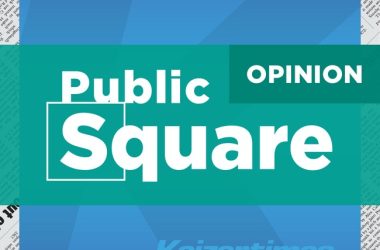 If essential, schools should be open

“There are only two choices: Which one will it be?” the Chicago Teachers Union argued to its members. “Risk your life or your students’ lives by going into dangerous buildings,” or agree to strike if Chicago Public Schools go ahead with plans to reopen classrooms Monday.  Obviously, teachers, students and[Read More…]

And then there were none

In the first months of President Donald Trump’s presidency, the briefing room was standing room only. Around the room’s 49 assigned seats for the press, with the front rows reserved for big media, reporters with smaller news outfits jostled for space and a chance to pose a question of then-White[Read More…]

When former Vice President Joe Biden announced that Sen. Kamala Harris, D-Calif., would be his running mate, a New York Times tweet labeled Harris “a pragmatic moderate.”  As someone who covered her as a San Francisco prosecutor and California attorney general, I’d say a more apt description is “progressive opportunist.” [Read More…]

Thanksgiving is going to be ugly this year. There’s a real chance the public won’t know who won the White House weeks after Election Day, and rather than feeling grateful, leaders in both parties are peddling grievances nonstop. Before the voting has begun, Americans have been told not to trust[Read More…]

The Centers for Disease Control and Prevention (CDC) had not recommended the general closure of public schools in the spring when panicked governors and local officials shuttered schools across the land.  These high-minded officials—read Nevada Gov. Steve Sisolak—weren’t listening to “the science,” as they claimed. At the time, CDC guidelines[Read More…]

Worst-case scenarios aren’t the only ones

In February, the Centers for Disease Control and Prevention held a conference call on COVID-19 and warned, as The New York Times reported, that 160 million to 214 million Americans could become infected and 200,000 to 1.7 million might die.  On March 3, the World Health Organization noted that globally[Read More…]

For decades, a small cadre of reformers pushed whichever president occupied the Oval Office to use his pardon power more frequently and put a lid on draconian federal sentences that put low-level and midlevel offenders away for decades, even life.  The problem they face on the week President Donald Trump[Read More…]

The four lawmen of the Apocalypse

President Donald Trump is turning his base into hardcore civil libertarians and turning the left into brutal authoritarians. Although, to be fair, he’s not doing it alone. Overzealous federal prosecutors are the big drivers.  Exhibit A: Roger Stone, the GOP bad boy found guilty in November on seven counts of[Read More…]

The most revealing moment of last week’s Greenville, North Carolina, Trump rally was not when the crowd chanted “Send her back” in support of President Donald Trump’s criticism of Rep. Ilhan Omar, D-Minn., a Somali-born immigrant who frequently calls Trump a racist and whom Trump argues hates America. Trump later[Read More…]

Two and half summits

Ivanka Trump and Jared Kushner, President Donald Trump’s daughter and son-in-law, both trusted White House aides, crossed into North Korea with Trump and strongman Kim Jong-un last week. And where was national security adviser John Bolton? The foreign-policy hawk was on his way to Mongolia—which pretty much explains the dynamics[Read More…] 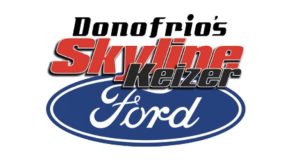